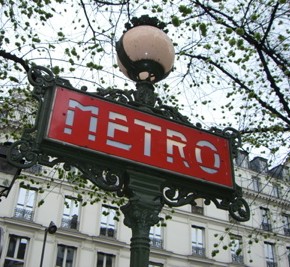 One glance at the menu (in French, naturellement) and I knew I would have to order carefully.  Very carefully.  As my grasp of the French language is just enough to be dangerous, knowing when I was actually ordering duck was an inexact science.  Duck, like chicken, appeared under different words or by different parts and before you knew it, you might be eating Puff or Peep’s distant relative and feeling full blast your 10 ¾ -year-old’s ire.

“If you ever eat duck, I will never speak to you again!!!” were Pamela’s semi-exact words.  As quiet as my post-duck-meal life might be, I nevertheless opted to avoid dining on waterfowl.  Problem is, in France, that means missing out on half the fun or, at least, half the menu.

When we left our feathered friends in New York for a pleasant jaunt to Paris, I quickly realized we had entered a city not just of Light, but of Duck Eaters. (First hurdle: skipping the smoked duck appetizer on the Air France premium economy platter.)  Although I’d been to France often before, it was only recently* that I noticed just how much canard they cooked.**  Most Americans are familiar with foie gras but that controversial ingredient is merely an entrée to a vast selection that includes such duck-based options as:

Confit de canard (according to my handy Merriam-Webster’s, duck preserved in fat)

Or this double-down opportunity from one of my fave restos, Le Petit Pontoise:

In Mastering the Art of French Cooking, Julia Child, et. al., declared that “only the genuine duckling”… “a bird under 6 months” is good for roasting.  The ladies then go on for several pages offering variations on the roasted duckling theme.  (Ooh, yummy…no, wait–I mean, not yummy.  Sorry!)  Hmmn, six months.  Since our girls are just coming up on the 19-week mark, maybe we should consider keeping them out of sight for another couple of weeks.   No telling if there’s any outlaw foodie foragers on the loose, right?  Sacre bleu! Time to get back on that double-decker jumbo jet!***

We rolled in late the other night and I quickly grabbed a flashlight and headed to the duck pen to say hi.  (They said quack back.)  As much as we had enjoyed time away from our mosquito-ridden, powdery-mildewed backyard, we really missed our birds and their cheerful waddling ways.  But if there’s one thing I learned from our time on the Continent, it’s this: The French do have a word for duck.

* Ok, I guess I’m a little sensitized to All Things Duck at this point.

** They also cook their geese.  (And stuff its liver.  But no foie gras d’oie this trip.  Probably falls under the spirit if not the letter of Pamela’s law.)

***Our first return flight was cancelled and I had to drag myself, two bagged cats and Pamela around Charles de Gaulle airport multiple times.  Zut alors!